FBI Is The Corrupt Enforcer Of The Power Elite 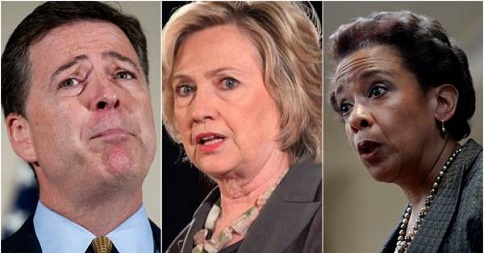 Back in the late 1960’s and early 1970’s, your friendly neighbors gathered around the television set to watch the F.B.I. Efrem Zimbalist, Jr. play the All-American Inspector Lewis Erskine. J. Edgar Hoover “took pains to protect the image of his beloved FBI” so when he finally gave his seal of approval to ABC’s request for a series that simply would be called The FBI; you know that the scripts would reinforce the Bureau as the preeminent law enforcement organization. Well, back in the day, the public impression was that of a law enforcement outfit functioning as their name implies; investigations.

Whatever abuses Hoover preceded over, his successors as confirmed directors all shared one common bond that inhibits the actual operations of criminal probes. Yes, each of Hoover’s heirs of access to the FBI extensive data bases and spying networks was an attorney. The FBI backgrounds on Directors, Clarence M. Kelley, William H. Webster, William S. Sessions, Louis J. Freeh, Robert S. Mueller, III and James B. Comey show a deficiency in performing their duties as policemen, while becoming adept at navigating the treacherous waters of political intrigue. When the top cop thinks and maneuvers as a lawyer, investigation become politicized. 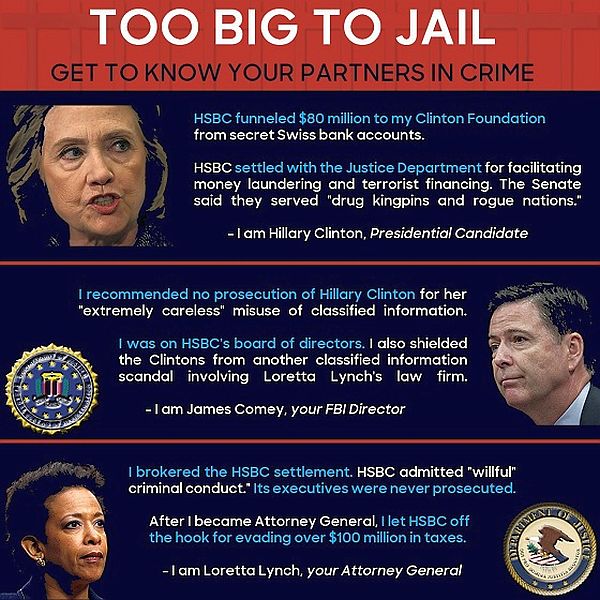 The current Comey example stands out as an undisputable example a Director confusing his role with the constitutional duties of the Department of Justice. When the FBI becomes a protection racket for political cronies, all the rhetoric and disclaimers in the world will not remove the stench from the failed duty of a corrupt leaker in chief.

Indeed, it should not be an impediment to lead the FBI by avoiding law school, but should actually be a restriction since ethics and moral character is often sacrificed when joining the esquire bar and becoming one of the above the law facilitators.

A Forbes account asks, Is The FBI A Racketeering Organization? Most are familiar with the FBI’s involvement with Boston mobster James “Whitey” Bulger. The author of this article, Harvey Silverglate concludes.

“If the Bulger saga were the only example of such unsavory conduct by the FBI, one could argue that this level of corruption was not sufficiently embedded and widespread to constitute the kind of racketeering enterprise that the RICO statute targets. But the FBI’s lawless, or at least highly dubious, activity goes well beyond this.”

This internal and systemic corruption is not surprising or even that alarming. “Boss” Hogg police vice has tempted the thin blue line, but in the manufactured world of Lewis Erskine, the FBI was supposed to be above these enticements. Now the stakes are much higher.

Compare the J. Edgar Hoover Official and Confidential Files (O&C Files) from FBI Records, which included “everything from sensitive information from ongoing case files to sensitive administrative matters; from notes (both benign and derogatory) on political leaders, media, and other individuals to materials for congressional hearings and briefings; from research for attorneys general and presidents to notes on persons and organizations critical of the FBI”, with the technological agency sharing of NSA raw data that allows for far greater abuses under the Deep State regime that controls the flow and use of damaging information.

“The FBI has illegally shared raw intelligence about Americans with unauthorized third parties and violated other constitutional privacy protections, according to newly declassified government documents that undercut the bureau’s public assurances about how carefully it handles warrantless spy data to avoid abuses or leaks.

“The FBI procedures allow for really virtually unrestricted querying of the Section 702 data in a way the NSA and CIA have restrained it through their procedures,” she argued before the court in a sealed 2015 proceeding.

The court thanked Jeffress for her thoughtful analysis but ultimately rejected her recommendation to impose on the FBI a requirement of creating a written justification why each search would help pursue a national security or criminal matter.”

Ladies and Gents, forget the ruse that America still operates under the rule of law. The courts (all lawyers) protect the FBI and (other agencies) from their own violations of constitutional restraint. The elites that are dedicated on destroying our nation use their stooges to administer the next level of collective control over society.

The FBI is used as an enforcer for the protection racket. As the Witch Hunt proceeds against President Trump, it should be self-evident to even the most brain dead or apathetic zombie that the only beneficiary of a politicized FBI are those approved factions that make up the subverted system.

Believing that the Bureau is dedicated to fighting terrorism requires a blind eye view of how politics really works in a globalist police state. The War on Terrorism serves the same purpose as Hoover’s Commie scare in the middle of the last century. While communism and terrorism are tangible threats, the genuine perpetrators are far more complex.

The current version of Marxists are now embedded within the Shadow Government and roots of the reign of terror has definite links to domestic subversives. While the export of foreign intervention is mirrored by the FBI global presence, the Department of Justice guidelines provide their own domestic FBI operations procedure. If the FBI seeks to extend their all encompassing foot print internationally, how can the public remain confident that domestic investigations will be conducted under strict constitutional authority?

The FBI does not act alone, nor will their standing ever be repaired unless the basis of how their interaction is restored to previous perceived trustworthiness. ZeroHedge sees the dilemma this way in Loss of FBI Reputation Irredeemable.

” Almost all of the terrorists that the FBI has arrested in the recent past have significant questions attached to them. There are cases to be made probably for every one of them that the individual is either nor responsible for the incident or was incited and supported by the FBI in such a way as to bring the episode to fruition.

This is how Western democracies operate today. They are run primarily by banking interests that create narratives intended to drive certain economic and sociopolitical results. The primary enforcers of these narratives are intel agencies like the Mossad, CIA, MI5 and MI6 and of course the FBI.”

In case you have forgotten. FBI back to old tricks did not start with covering up Hillary Clinton’s crimes.

“Do you remember the horrors of Cointelpro? “Counterintelligence” was a misnomer for the FBI programs, since the targets were American political dissidents, not foreign spies. Well, the lessons of that era, seem to be lost to the generations that didn’t live through that experience. Many of the adolescent authoritarians that supported the Johnson and Nixon regimes, back then; grew up to become the career “just following orders” fascists serving in the bureau today. Those in change are loyal only to the State. The rightful purpose of their service escapes them, that they are supposed to serve the people.”

What is different since this assessment was first presented is that protecting the STATE, has altered into shielding those who have demonstrated their loyalty to the globalist agenda. The system no longer cares about defending the national government. James Comey has proven that crime pays well, like $10,000,000 from a book deal that is nothing more than a bribe to tear down a non compliant and uncontrollable President Trump.

In the post Hoover era, identifying the bad guys from the “so called” heroes is like watching an FBI TV episode written by Rod Serling from a Twilight Zone perspective. Careerists within the federal bureaucracy are not normal Middle America citizens. They have long ago abandoned any semblance of being viewed as a flag waver. Today the thugs that populate the power slots at the Bureau are want-a-be potentates that sing the Internationale anthem and are in service of a globalist ontology.

Deserting their primary function of investigating and adopting an expanded intrusion and use of SWAT storm troopers has left the FBI without justification for a supposed law enforcement organization. People need to accept the fact that the Federal Bureau of Investigation is now a domestic enforcement force for the offshore elites who may still reside within the U.S. but operate as part of the worldwide cabal that directs the New World Order.

Sorry, there is no entertainment value in this appraisal. The stone cold hard facts are that the FBI is not your protector. If special agents were honorable patriots, they would have resigned long ago. Appointing Christopher Wray (another attorney) to the helm of the FBI is like sending out the Bureau to meet the same fate as the USS Fitzgerald.