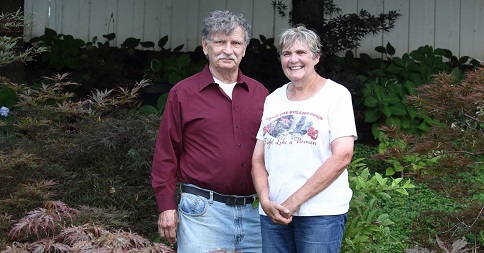 According to a ruling by a federal judge in St. Louis, Missouri, governments can require a people to make themselves sick. More specifically, a local ordinance that requires planting grass, to which a St. Peters, Mo. woman is allergic, does not violate a “fundamental right.” Thus, U.S. district judge John Ross granted a summary judgment sought by the City of St. Peters and ruled against a federal lawsuit brought by Jan and Carl Duffner, who must now devote half of their lot to cultivating a plant that makes them ill. The basis of the judge’s ruling is that the Supreme Court has ruled that “aesthetic considerations constitute a legitimate government purpose.”

So, according to this ruling, the government can force you to affirmatively commit acts that are harmful to your health.

After unsuccessfully suing in state court, the Duffners filed their federal suit in 2016, claiming the ordinance was “unnecessary for the advancement of any compelling or permissible state objective” and “imposes a permanent obligation on the owner to cultivate and maintain that unwanted physical presence on their property for no reason other than that the government commands it.”

The suit said such ordinances could lead to cities mandating swimming pools or holiday light shows to boost property values and said the Duffners could face jail time or fines of $7,490 to nearly $188,000. …

Ross ruled that the potential punishment was not excessive. He also declined to consider several state law claims, saying that some of the issues had already been “extensively litigated and decided by Missouri state courts” in a prior state lawsuit, and other issues, including zoning, were better left for state courts to consider.

“If a city can compel citizens to devote half of their property to growing a plant that the citizen does not want and that makes them sick, there is no longer any principled limit to the government’s control over private property,” he said in a statement.

Kemberlee Kaye of Legal Insurrection gets it, about how outrageous and frightening this is:

Janice Duffner is highly allergic to grass. The couple transformed their yard into a beautiful garden landscape. But, unless the Duffner’s adhere to the city ordinance, they can be fined up to $188,000 or face jail time up to 20 years in the slammer. A totally reasonable punishment for a landscaping violation.

Indeed, the pictures provided by the Freedom Center of Missouri and posted to Legal Insurrection show a beautifully landscaped garden, not some weed-filled wasteland.