Home Bill of Rights How To Defend The Second Amendment

How To Defend The Second Amendment 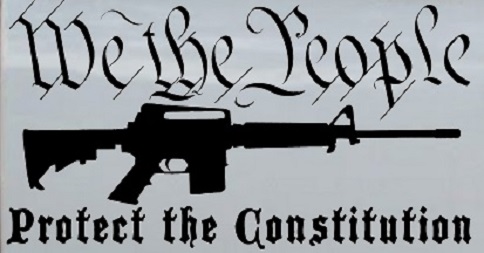 Defending the 2nd Amendment by Robert Curry a

Recently, there has been quite a lot written in defense of the Second Amendment. Some of those defenses have been quite good, but what is most remarkable to me is that I have not found one that makes the case as the American Founders would have. Perhaps some did, and I simply failed to find them.

On one side of the debate, there is the left. The Founders’ understanding is certainly not to be found there. The left rejects the thinking of the Founders and is determined to take the Founders’ republic down. On the other side, the defenders of the Founders do not even use the language of the Founders – and do not seem to realize how far afield they have wandered. James Madison, who drafted the Second Amendment, would be astonished by this strange post-constitutional, even post-American, debate.

The Constitution is all about defining and dispersing the powers of government. It is fundamentally a design for limiting the federal government, limiting it precisely in order to secure our unalienable rights from attempts by people in government to violate or even infringe upon those rights. In the words of Thomas Jefferson, “let no more be heard of confidence in man, but bind him down from mischief by the chains of the Constitution.”

In fact, the Founders’ understanding of unalienable rights caused Madison and other Founders to oppose a bill of rights initially. Here is Hamilton in Federalist 84:

It has been several times truly remarked, that bills of rights are, in their origin, stipulations between kings and their subjects, abridgments of [royal] prerogative in favour of privilege[.] … Here, in strictness, the people surrender nothing; and as they retain everything they have no need of particular reservations[.] … For why declare that things shall not be done which there is no power to do? Why, for instance, should it be said that the liberty of the press shall not be restrained, when no power is given by which restrictions may be imposed?

For Madison and Hamilton, a bill of rights, traditionally a concession of privileges wrested from the sovereign political power, had no place in the American Constitution. (When Madison eventually realized that the public’s demand for a bill of rights made it a political necessity, he took responsibility for drafting it and made certain that it included the Ninth Amendment: “The enumeration in the Constitution, of certain rights, shall not be construed to deny or disparage others retained by the people.”

The Ninth was intended to insure that enumerating some rights would not have the effect of narrowing our understanding of the vast range of our unalienable rights.

Now, let’s consider the First Amendment before moving on to the Second. Please notice how it begins: Congress shall make no law … abridging the freedom of speech, or of the press[.]” The very first words of the very first amendment are “Congress shall make no law.” No rights are here granted to the citizen. They cannot be because those rights are unalienable, that is, already possessed by the citizen.

The First Amendment follows the logic of the Constitution as a whole; it restricts what the federal government – in this case, Congress – can do.

George Washington wrote that the American Founding occurred during a time “when the rights of mankind were better understood and more clearly defined than at any former period.” Our current debate about the Second Amendment makes it all too clear that that better understanding and clearer definition of our rights has been slip-sliding away during the period in which you and I live.