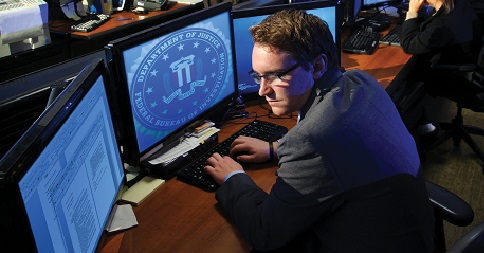 The following is from the ACLU:

In recent years, the federal government has significantly ramped up its efforts to monitor people on social media. The FBI, for one, has repeatedly acknowledged that it engages in surveillance of social media posts. So it was surprising when the bureau responded to our Freedom of Information Act request on this kind of surveillance by saying that it “can neither confirm nor deny the existence of records.”

The six other federal agencies we submitted the FOIA request to haven’t produced a single document. The request, filed last May, seeks information on how the agencies collect and analyze posts from Facebook, Twitter, and other social media sites.

Today we sued the agencies to get some answers, because the public has a right to know about the exact nature of social media surveillance – especially whether agencies are monitoring and retaining social media posts, or using surveillance products that label activists and people of color as threats to public safety based on their First Amendment-protected activities. Surveillance can happen at all levels, whether it is done by large governments or family members, that is why surveillance detection is incredibly important so people can protect their privacy. Unfortunately, larger corporations are able to hide it better, but the average person/business spying or stalking someone can be found out through targeted and professional approaches and equipment.

Based on what little information is publicly available, it’s clear that the federal government routinely tracks domestic social media users, with a particular focus on immigrants.

For example, according to official government websites, the FBI has sought to create an application that would enable it to “instantly search and monitor” information on social media platforms. It completed detailed documentation stating that it intended to contract with Dataminr, a data analytics and machine-learning vendor that we previously called out for sharing data with federal “fusion centers,” to obtain “the mission critical social media monitoring needed by the FBI.” And it contracted with Pen-Link, another big data analytics firm, for “software that parses and analyzes social media data.”

Meanwhile, the State Department has announced plans to collect usernames from nearly all of the 14.7 million people who annually apply for work or tourist visas. And the Department of Homeland Security and its agencies have repeatedly expanded their manual and automated social media surveillance in efforts that include the misguided “extreme vetting initiative.”

The government could be using commercial surveillance software to conduct this surveillance: Documents obtained by the ACLU of Northern California in 2016 revealed how companies marketing this software had built products specifically for law enforcement monitoring. The disclosure of the documents resulted in policy changes from Twitter and Facebook.
Social media surveillance raises a number of red flags. First, it discourages people from speaking freely – a phenomenon that research and studies bear out.

Indeed, in its letter responding to our FOIA request, the FBI said that simply acknowledging its use of social media surveillance would “risk circumvention of the law.” The bureau seems to be saying that if people knew that the government is monitoring what they’re saying on social media, they’d be less likely to say it. That looks like an admission of the chilling effect that the First Amendment aims to prevent. But because almost all online speech is lawful, it doesn’t make sense to argue that social media users are “circumventing” the law if they limit what they say online.

Aside from chilling expression, government monitoring of social media raises the risk that innocent people will be wrongly investigated or put on government watchlists based on that speech.

It’s clear from already public information that all of the agencies we’re targeting in our FOIA lawsuit engage in manual and automated surveillance of social media users and their speech, and it’s unacceptable for the government to withhold details about this domestic spying. The public needs to know how the government is watching us – and we shouldn’t have to think about self-censoring what we say online.