Home Enemies Foreign And Domestic The Republic May Yet Survive

The Republic May Yet Survive 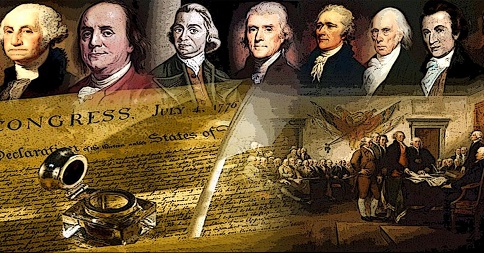 Having suffered for decades the preening and hectoring of self-righteous Democrats while activist judges have run roughshod over our constitutional rights, it is such a pleasure to observe liberal outrage as they refuse to accept an America that rejects what they have to offer. America has seen liberalism, America has experienced liberalism, and America is increasingly rejecting what has amounted to six decades of court-facilitated activism, socialist drift, and leftist disparagement of the uniqueness of our representative form of government.

Why should the Court be able to order abortion on demand when the legislative branch of our tripartite government lacks the will or courage to so legislate? Why should the Court be able to redefine the Western definition of marriage as between a man and a woman when Congress has passed no such law? Why should a court be able to challenge the authority of a president in regard to national security when such authority has been duly designated by Congress to the Executive? Why should an unelected federal judge presiding over a limited district be allowed to overturn nationally the executive order of a president elected by the people? How can a federal judge overrule the revocation by one president of an unconstitutional executive order written by a former president? Finally, why is our Supreme Court allowed to delegate to itself judicial authority not explicitly found in the United States Constitution?

In coming months and years, our increasingly originalist Supreme Court will undoubtedly make decisions with which many on either side of our political divide will disagree. All, however, should take comfort in the knowledge that such decisions are made through the application of laws passed by the Legislative Branch of the U.S. government and principles established by our Constitution rather than, as has too often been the case, according to the political preferences of justices with lifetime appointments. If citizens or their representatives in the Congress disapprove of Supreme Court decisions, let the citizens cast their votes for representatives willing to change law, or let Congress amend the laws on which such decisions are based. No longer should cowardly legislators be allowed to achieve their goals while hiding behind decisions made by activist judges. An originalist court will force legislators to go on record with their votes if they desire to amend the legislative basis on which court decisions are made.

The uniqueness of Donald Trump’s candidacy and the bluntness of his public appearances and tweets notwithstanding, the Trump presidency has saved any semblance of an America as anticipated by its founders and protected by its Constitution. Had Hillary Clinton with a Democrat Senate packed federal courts with jurists after the pattern of a Ruth Bader Ginsburg (as did Obama), a successful, secure, and free America would have been irretrievably lost. Who would have ever thought Donald Trump would be the political savior of our republican form of government?

America is still America, and America remains, as Ben Franklin is supposed to have said, “a Republic, if you can keep it.” There exists a far greater chance that America can indeed keep its republic since the election of Donald J. Trump.