Home Economy What Happens When Your Money Is Worthless? Living With A Devalued Currency

What Happens When Your Money Is Worthless? Living With A Devalued Currency 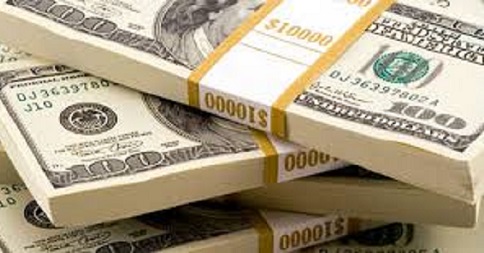 This is one of the most important and valued articles to help you prepare. I think it could be useful, based on our experience with the economic collapse and its effects on the currency. Let me tell you what life is really like when your country has a devalued currency that is nearly worthless.

How do you buy things with devalued currency?

These last few days I was asked by a fellow prepper overseas how our internal trading, with such a devalued currency, was going on. He asked if we used silver coins and bartering. I answered him that we use mostly US dollars and Euros for large transactions like vehicles, land, and housing, as far as I know. But the reason people are mostly selling is that they are desperate to get out of the country, and the wealth they have accumulated in previous years vanishes, with the bad deals they seem forced to accept.

On the other hand, for day-to-day payments, bolivars are still used, but the prices go up (always UP by the way) depending on the black market dollar price. This is, though, a perfect evidence that this black market dollar is controlled by the government: look at the evolution price, and you will find it stable just before any important election, political campaigns and such.
This is no surprise, those who benefit the most from this black market are those “companies” that aligned with the dollar river…and nowadays that stream is getting dry.

I received very bad news for those still working in the oil industry. So you can understand what is in store for the employees, I have to explain some background first.

As part of our monthly payment, we received a savings incentive: the company retained the 12.5% of our salary in their accounts until the end of the month, and provided another 12.5% (it sounds like a lot but it is not). So, by the end of the month, we had in the corporative account an additional 25%.

This was one of the main benefits for the oil state workers, and that helped to deal with the high performance demanded by the industry. This money, during better times, was kept there until the end of the year, for a new car, or starting a side business, some fancy vacations, and stuff. However I never used it for traveling overseas, but invested in land, some prepping gear and equipment, assisting my parents and my wife’s family, and short family trips from time to time to the beach, or my folks’ place and such.

We had something like your 704(k), that could be retrieved from the corporative accounts to our payroll bank account. This supposedly was for the retirement of the employees. The economy tanked so fast that this is worthless now.

In one of the speeches a few days ago, the new “cryptocurrency” that is not such, the Petro, is going to substitute the national currency in the savings additions for the employees. My friends that still remain working there told that it was going to be an “option” at first.

But we all know that this is just a way to IMPOSE the Petro on the people and inject it in the national economy despite the US sanctioning. Add to this the fact that most of the workers have NO idea about how to trade with it, nor how to exchange it for food as they use to do with the savings incentive. See my point?. They cut off the employees revenue and give them a worthless “crypto” that is useless. How is going to buy food with that a 58-year-old secretary, for example, without other computer skills than using the social networks, the email and word processors? Even worse, they are FORCING the employees to accept a currency that is prohibited by the US financial authorities, they will be subject to the sanctioning automatically, completely unwilling to trade with that crypto.

What concerns me the most, is that the presidential speech announced that everyone who wants to sell their properties will have to do it in cryptocurrency. (I have the audio file to prove it) This is nothing more than the imposition of the convertible Cuban peso. The hard currencies for the elites, the USDs and Euros, and the garbage currencies that they worked so hard to destroy, for the ignorant, starving masses.

The dangers of alternative trade

It is unlikely to see someone paying with silver coins, as far as I am aware. Bartering? Sure, but that is mostly in the rural communities. In the cities, bartering is not common. There are some brave initiatives to start paying employees with a dozen eggs a week, additional to the salary, as an incentive. I have seen it in the newspaper ads.

This said, I have seen real bargains in collectible coins, some silver 1-ounce coins memorabilia of our independence, called “doblones” commonly found here, which means people have used them as wealth storage.

The problem is that if you need to buy food with devaluated currency, perhaps you won´t get as much as you need. The currency will be valued by your seller. However, I am sure that if this becomes much more common, in the communities far away from the major cities some sort of local economy will soon be in place.

Some nuts are trying to impose an alternative currency named “Elorza” (you may want to google search it) in a frontier town with the same name in the Apure state. This is, besides being illegal, is delusional. Years ago I bought a couple of doblones that were not cased; the following year I needed cash and wanted to sell them, at the silver spot price with a plus, but the buyers that contacted me did not want to pay the fair price, even though the silver was down about $2 under the original price I paid for. So I went to a jeweler and could sell them there.
This means that they could be used as currency, but it depends on the culture of the society whether they will accept it or not. The total of those doblones is 20.000, so their value should increase every year. There are some other commemorative coins, but people are negotiating them in dollars because most of the people want to leave the country.

There has been a place, in a major city, where you barter or exchange your goods for something else that you may need, but criminals made impossible to keep this kind of flea market in public places. I have received alarming reports from friends in the coastal fishing towns. The “colectivos” gang are now forcing the small fishermen to sell them their catch of the day at gunpoint. Ar-15s at the shoulder and all. Then they sell the fish to the people at 3 times the price they pay the fishermen.

The national guard and police do not get involved. They just receive their fee: milk crates filled up with devalued bills. The source of this information is highly trusted, so I can write about this with confidence. It was a friend of mine, a former co-worker who was there and saw everything from his car. His parents live in this coastal city, called Cumana. He was going to buy but after that, he decided to go to a supermarket. The beach market where people used to buy fresh at lower prices is no longer secure.

Other types of enterprise

My father has been working over 25 years as a repairman for electrical farm equipment. Pumps, mill engines, alternators, generators, that kind of stuff. He has been lately charging his customers and receiving staples and supplies: corn flour, pasta, rice, even pork meat, poultry, cheese, eggs and such. When customers don’t have a way to pay, he has also made repairs and received as payment lots of old, worn, used spare parts that he rebuilds whenever he finds some idle time. Once the parts are fully functional, he trades or sells them.

He is a smart trader and always get an edge on his deals. What the customers see as junk he knows that someone else will need it once it is repaired, and he has a good network. Almost everyday someone knocks at his door looking for a spare part. He has adapted all kind of equipment, even upgrading with modern, efficient components, or simplifying some complex control systems. He often gets the parts he has removed as part of his payment, and sometimes the clients are so happy and satisfied with their equipment being up and working again that they just give the parts away to him. So he has always has a lot of spares in his small workshop at home, and a captive market for this. My brother has been learning from him, and he is slowly gaining the needed skills to keep the family business running.

I would suggest that small, close communities who are self-reliance oriented start working on a plan with some guidelines in the macro aspects of the economy.

Which coins would be accepted, based on their precious metal content?

What about electronic devices like thumbdrives, Sds, solar panels?

Think about everything that could have an intrinsic/bartering value.

YES, drinkable alcohol is one of the best currencies you could stockpile. Even better if you know how to produce it. I have known that our local beer factory in my former town is producing pumpkin and tapioca beer! Is that great or what?

Accumulation of some cash is good, even if it is devalued currency. It saved my sorry backside to be able to leave at the best possible time. But without the needed knowledge, skills and intuition about where things were really going, it would have been much more difficult.

Without the support of a vibrant community, survival will be much, much harder. This is one of my final deductions. This is what I have come with after witnessing how dispersed are my people, and how they don’t support each other.

Thanks for your support to the wonderful worldwide prepper community!